The thought of having a car failure in the dead of winter is one that we all like to avoid. However, being aware of the major issues that can occur and preparing for them is also a great way to deal with car maintenance. Here are some of the biggest maintenance issues to be on the lookout for.

There are few things more frustrating than going to start your car in the morning and finding a dead battery. This can happen when your battery is in poor condition during the winter; the temperature changes can further shorten the lifespan and decrease the performance of your battery. This is why it's a great idea to get your battery checked in the fall to ensure that it's in decent condition before winter hits.

Having old windshield wipers isn't just an annoyance. When it's snowing hard outside, and your wipers aren't clearing away the new downfall, driving can be downright dangerous since your visibility is affected. Thankfully, your windshield wipers can be replaced pretty easily; many models simply snap into the holder, so you can change the wipers yourself.

Decreased brake performance is almost inevitable when the ground is constantly slick. But that doesn't mean that you have to open yourself up to braking hazards. Have an auto-repair shop look at your brakes to make sure you've got good traction. You could also look into getting anti-lock brakes that help you keep your steering system under control if you start to skid or hydroplane.

This one is more a matter of winter comfort than anything else. But a check-up on your car's heating system is another potential investment to consider in the fall months. A mechanic should check the HVAC performance for the interior blowers and also the defrosting system.

Fluids That Are Too Low

You car's critical fluids include antifreeze, fuel, windshield-wiper fluid, and transmission fluid, among others. All of these need to be checked in the fall because when the tanks are low, winter months' low temperatures may actually require you to have higher levels of these fluids for correct operation. Lower fluid levels are hard on your engine, and they can be a contributing factor in an engine breakdown during the winter. This is something that you can often build into an auto tune-up or check-up.

Talk to a company such as Safe Auto Service to make an appointment to check on your car's condition. 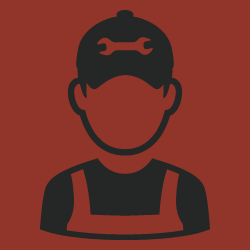